Isabel Hamm Licht has been presented on the portal Architonic since 2009. This has so far proved very effective and has resulted in enquiries and orders from literally around the world. Now, Architonic has elevated Isabel Hamm into the group of the Top 200 Designers, specifically to number 75, surrounded by many famous and illustrious designers from all over the world. We are quite thrilled. The list was compiled according to the most frequent designer enquiries on Architonic in 2015. Many thanks to everyone for so many clicks.

In 2015, there was quite a bit to do again in London.In the summer, we installed 4 “Clouds” and a “Blossom” in the private Members Club of KPMG in London. Since the rooms were still unfurnished during the installation, beautiful new impressions came about. Russell Sage Studio from London planned to include the lights.

Subsequently, we installed a “Cloud” in an exclusive apartment practically opposite Hyde Park in elegant South Kensington. After modification by the ÜberRaum Architects, the apartment obtained additional space in what seemed to be in the open air, on which a glass cloud now hangs permanently. 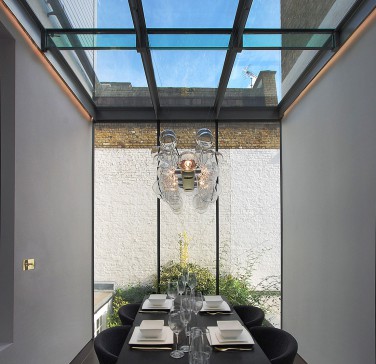 The former Floridita Music Club in Soho was reopened as the “100 Wardour” Club in early January of 2016. Before the turn of the year, the central luminous centrepiece had to be mounted above the bar. With 98 luminous glass chains, which were suspended in a frame of 4 metres in diameter, a festive mood was immediately created. This club also was designed by Russell Sage Studio of London. 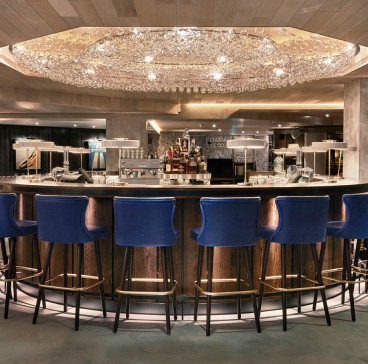